ESG: WHEN THERE ARE NO STANDARDS FOR CERTIFICATION, THE PROPERTY MANAGEMENT HAS TO PROVIDE THEM

More than 13 years after the issuance of the first “Green Building” certification in Germany the industry seems further than ever away from a uniform sustainability standard.

Investors and project developers have the choice of whether they prefer one of the European certificates or an American equivalent – or whether they wish to utilise both forms of certification by way of precaution.

Each of these certificates has differing quality levels such as Silver, Gold and Platinum – whereby in individual cases the platinum standards from 2015 would no longer merit a gold award with one and the same system.

Status quo: Property managers face the “burden” of having a free choice

Although these certificates and systems encompass widely varying sustainability criteria, they do not form any kind of framework for action or guideline which could be used by property managers in the German-speaking regions. Such a framework is provided by the Disclosure Regulation and by the EU Taxonomy Directive, which has been in effect since January 1 of this year, however.

One could maintain that the directives are merely aimed at the fund management or at very most the asset management. But the actual impact is felt in the daily work across all areas, which is why the focus is also on the property management.

Ultimately it is left to each property manager to decide, on the one hand, in what way the ESG targets and corresponding measures to attain these targets are implemented in daily work and, on the other hand, how they are integrated into the overriding corporate strategy.

It has to be borne in mind, however, to what extent a property manager acting in a less sustainable manner can do justice to the requirements of investors who are increasingly becoming more ESG-oriented.

Given this confusing constellation and the largely voluntary nature of more complex sustainability measures it is no surprise that initiatives such as GRESB and ECORE have set themselves the objective of making widely differing real estate portfolios comparable with one another in the field of sustainability, and thus ultimately also of allowing for a more transparent assessment of the work of the property management.

The legislation per se does not provide for any uniformity

Alongside the different certification systems, other bodies of rules such as the afore-mentioned EU Taxonomy Directive also play a role. But quite apart from the fact that these are two different systems, which in part overlap, there are investors who limit themselves to just some of the respective evaluation criteria.

Yet although each new list of criteria and each revision of existing regulatory requirements leads to further differentiation, they do – surprisingly – also provide important impetus for a long-awaited framework for action.

To a large extent the differing certification systems and initiatives do at least promote a uniform data set, for instance with regard to current consumption or the volume of waste incurred.

Ultimately these lists of criteria and data sets can be utilised in parallel to the GRI (Global Reporting Initiative), the German Sustainability Codex or the Corporate Sustainability Reporting Directive (CSRD), for example, so as to develop a suitable strategy and subsequently implement this in an efficient manner.

But naturally somebody has to perform the groundwork, defining and clarifying the available parameters and their impact.

The data, which had previously been available haphazardly and in the best-possible case in Excel tables at property level, have been gathered by property managers in a systematic manner and stored centrally for some years now. Such data sets are becoming more and more extensive, for example with the installation of smart metering systems, but also due to the fact that for many properties a comparison over a timeframe of many years is possible in the meantime.

The practice of bundling the conclusion of framework agreements with operating companies also contributes to standardisation in daily management work.

At the same time such an approach allows for greater flexibility in investor reporting: if the data can be downloaded at the push of a button, it becomes even easier to amend these in line with the widely differing requirements of the individual investors and systems.

In other words the increasing pace of digitalisation and greater transparency in property management are ensuring that the processes are not just documented, but are constantly being optimised. As a consequence, best cases at property level can be profitably applied to the entire portfolio.

In this manner the property management is moving towards establishing standards and shaping the framework for action for the entire industry. 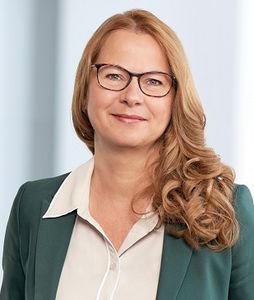